Ishikawa has waited year upon year for the Hokuriku Shinkansen to open with the belief that it would inject new life into the prefecture. 1 year has passed since the line opened and it has certainly boosted the level of visitors, particularly to Kanazawa. Businesses may have profited greatly but how has this influx affected the locals?

This article will take a brief look at the impact boosted tourism has had on Ishikawa. 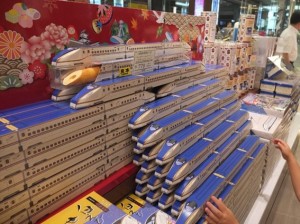 The arrival of the Shinkansen has no doubt been a huge benefit to commerce in Kanazawa. The long lines of tourists lining up for Kaisendon at Omicho Market and the crowds of tour groups crammed into a small gold leaf shop are pretty good indicators that business aimed at tourists are benefitting greatly. It would be hard not to miss the sight of holiday makers with suitcases around the Kanazawa area so it is safe to say that hotels are getting their fair share too.

The same can’t be said too much about other cities in Ishikawa outside of Kanazawa. Fast and convenient travel from Tokyo to Kanazawa doesn’t translate to everyone charging up north to Noto or flooding down south to Kaga. Nevertheless, no matter how small the increase in customers it is still an improvement. 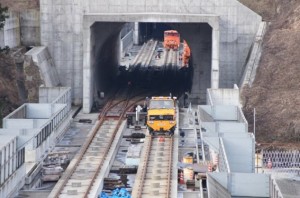 The environment is always going to be a loser when it comes tourist developments. The hundreds of kilometres of track laid, the tunnelling through mountains and the construction of new stations for the Shinkansen undoubtedly has had a negative impact on the environment. Environmental plans and assessments were of course part of the process, but this is only a matter of reducing environmental damage.

Furthermore, the increase in human traffic to any area will always cause some form of harm whether it be littering, trampling on wildlife, or simply the pollution given off from the transport they use.

Tourism and culture are two very difficult things to combine well. The more a place is catered towards tourists, the less authentic the cultural experience becomes. This complex compromise is particularly true for Ishikawa where the appeal lies in the true Japanese experience.

In the case of a place like Kenrokuen, which literally means “Garden of Six Attributes”, the attribute of tranquillity is gone the moment a crowd of tourists set foot inside the garden.

The commercial side of tourism also has an impact on culture. I recently attended a tour of Wajima morning market with one of the locals who explained that the market is seeing an increase in cheap import lacquerware imitations to cater for the tourists, thus taking up space that would have been used for traditional Wajima crafts.

A sign that the original culture has been lost is when people start describing a place as “touristy”. The question that needs to be asked is whether the cultural sacrifice is worth the money.

Changes to lifestyle are guaranteed to occur in areas where heavy tourist developments are made. New shops and shopping centres and an overall improvement to facilities are some of the major positive changes. The Shinkansen is of course not just for people coming to Kanazawa but for those who want to travel away from Ishikawa too. 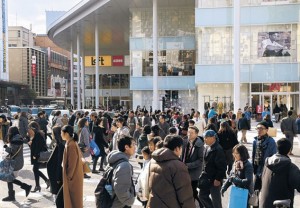 There are however negatives that need to be recognised. Locals generally do not buy their own regional souvenirs for themselves on a regular basis, thus a number of new shops aimed at tourists are not of any advantage to the daily life of the locals. In the case of places like Omicho however which before catered for the locals, now concentrate their efforts on catering for tourists. Evidence of this are the inflated prices of certain grocery stalls and the increase of Kaisendon restaurants and food stands.

Then there is the matter of tourists being disruptive and not following social rules. This problem is less heard of in Kanazawa compared to Osaka and other major cities, but as the number of tourists increases so will the levels of disruption.

Tourism isn’t a solution for population decline as visitors are only staying for short periods. However, the increased developments in Kanazawa could have a bigger pulling force on rural areas and smaller cities from around the prefecture (and to some degree other parts of the Hokuriku region), which are the areas that need a sustained population the most.

The Shinkansen is an important role in the development of infrastructure and business in Japan. Ishikawa has seized the opportunity to develop tourism, with a focus on Kanazawa, and with it has come as many negatives as well as positives. Despite such developments, we must not forget that an over reliance on tourism is very dangerous, particularly with the volatility of the global economy. All of the above mentioned points are not exclusive to Ishikawa, or Japan for that matter, as this happens all over the world. Hopefully Ishikawa can learn from past tourism failures that others have faced and prosper greatly.